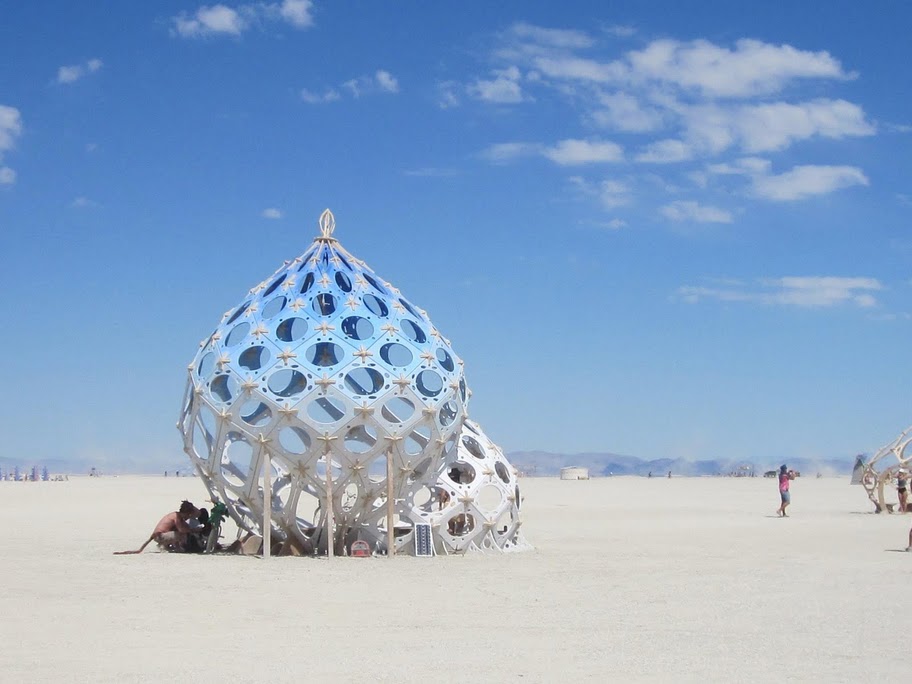 Rob Bell, a maker with a professional background in software development has creates interesting temporary structures with Sketchup Pro and a Shopbot CNC Router. His clever joinery details allow the structures to be assembled without the use of tools.
More images and video after the jump… Bell demonstrates the usefulness of code when designing. To save time creating geometric forms, he makes Ruby scripts to generate the geometry. He has released several scripts including Zome Builder for Sketchup. Emphasis on testing ideas is key to how Bell designs, he suggests to “Start small and make small prototypes so you don’t waste your time, material or your money.” Bell has some encouraging advice for people who are makers in other fields – “The type of skills and thinking that make someone a good software engineer are the same skills that make a solid craftsman, designer and builder.”

David is an industrial designer from New Zealand. He contributes a weekly 3D print or CNC article for Ponoko. You can follow him on Twitter @dizymac