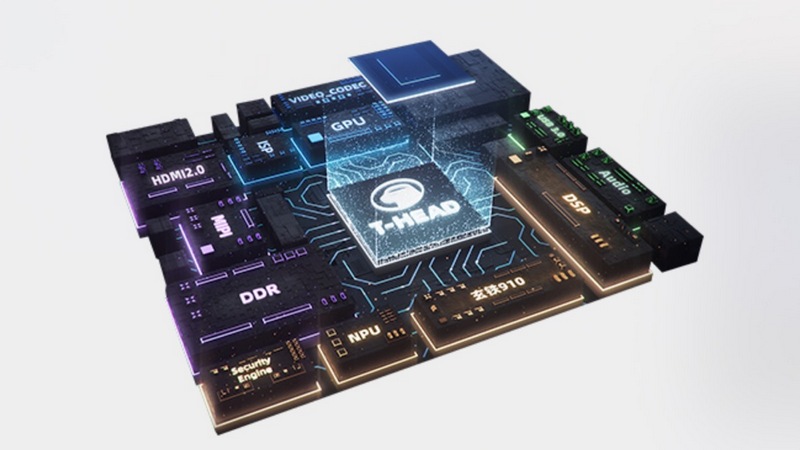 RISC-V continues to make the engineering headlines thanks to its open-source nature, ability to be customised, and freedom given to manufacturers. However, RISC-V still faces numerous challenges that mostly relate to the relatively few development platforms available to engineers. Recognising these challenges, Alibaba Cloud has recently announced the development of its latest RISC-V platform called Wujian 600. What features does the new platform integrate, how does it help with RISC-V SoC development, and what systems does it run?

Robotics play a key role in modern industrial processes thanks to their ability to perform repetitive jobs efficiently demonstrating great consistency, lack of fatigue, and minimal labour costs. However, robotic systems also present numerous issues when it comes to basic intelligence, and rarely incorporate complex AI that allows them to be aware of their surroundings and the job they are working on. To help alleviate these challenges, robotics startup GrayMatter has raised $20M from investors to help develop robotic platforms with intelligence while also powering Robotic-as-a-Service models. What challenges do robotics present, who is GrayMatter, and how do RaaS and AI relate?

Looking at how people in the past envisioned technology of the future, flying cars were often at the top of the agenda, and yet in 50 years, they are still merely a Sci-Fi concept. If flying cars could be invented, they would be able to help solve numerous challenges faced with road infrastructure while also reducing the distance travelled between two points. Now, a UK company has announced that it is close to launching its first air taxi which was demonstrated recently at a Farnborough air show. For those who may be sceptical, the company responsible, Vertical, is currently listed on the stock exchange with an estimated valuation of over $1 billion. What challenges do flying taxis present, what have Vertical developed, and is it a viable solution?

Could Stacking Chips Be The Answer To Future Semiconductor Businesses?

Moore’s law has mostly remained true with the number of transistors doubling on a chip every two years, but as engineers approach the sub 3nm nodes, making transistors smaller may become a technical impossibility. As such, researchers are now looking at new methods for integrating more transistors without reducing their size, and one potential option that companies such as Intel are exploring is the use of stacked chiplets. What are chiplets, how would they be stacked, and what challenges do they face?

The changing global market environment around semiconductors has seen governments push to secure the supply chain around semiconductors with one recent example being the CHIPS act in the US. Recognising the advantages presented to US companies by the CHIPS act, Intel has announced plans to create new foundries in the US, and will be securing half of its $30 billion funding from Brookfield Asset Management. What challenges do the CHIPS act present to semiconductor manufacturers, where will the new site be established, and how will the investment affect existing investors?

Cybersecurity forms an essential component in modern software systems by protecting private data from criminals and shady actors, but systems that are not kept up-to-date can quickly fall victim to malware and hackers. Recently, Apple released a warning to users to update their macOS and iOS devices after it was discovered that key components in the system (mainly the WebKit engine) allow hackers to remotely access and control devices. What challenges does cybersecurity present to users, what exactly could hackers do with the exploit, and how can users protect themselves from the recently discovered vulnerabilities?

ESP32 Vs. Arduino Uno – Which One Should You Choose?

Choosing the right microcontroller platform for your next project can be the difference between a successful project and one that fails. Just because a microcontroller has superior characteristics over another doesn’t always make it better (especially if the price is important), and with the numerous advances in software, even the programming platform used can make a massive difference to a project. In this article published by maketecheasier, learn about the difference between the ESP32 and the Arduino Uno, what each can do, and why you would use one over the other.

Are Smart Devices Overhyped? A US Medical Review Believes So

The development of smart technologies and integrated sensors has led to numerous applications for smartphones in healthcare, but while engineers hope that such devices will improve health, researchers are starting to find evidence that they may make little difference. What advantages do smart health monitoring systems supposedly bring, what have researchers discovered, and does this mean that active health monitoring is less valuable than we thought?

Trying to defend against cybersecurity attacks can be daunting for even the most seasoned security expert no thanks to the many different attack vectors hackers can use. However, a new report from cybersecurity experts reveals that while hackers may sometimes resort to complex attacks, by far the most common is via simple USB device attacks. Unsuspecting individuals in an organisation who find a USB drive may plug it in out of curiosity, but in doing so can unleash a trojan horse which can provide a hacker with unprecedented levels of access. What challenges do USB drives present, what did the report say, and how can system operators protect against such attacks?

Trying to create wearable devices presents engineers with numerous challenges whether it is the inflexibility of modern electronic components, the need for microminiature power supplies, or the difficulty in obtaining key biodata being monitored. Recognising the challenges faced by wearable designs, researchers from MIT have recently demonstrated a new e-skin sensor that has the same texture and feel as a bandaid, can be used to record biodata, and be wirelessly powered with the use of acoustic waves. What challenges do wearables face, how did the researchers create a device using no battery or processor, and where could the technology lead?

AI has proven itself to be highly advantageous in its ability to recognise patterns in complex data sources with large amounts of noise and learn from real-world experiences to improve itself. However, most AI systems in use typically have large memory and processor requirements which make using AI on microcontrollers a major challenge. To solve this issue, Sipeed’s TinyMaix provides engineers with an open-source machine learning library that can be used to integrate machine learning capabilities onto even the simplest microcontrollers (such as the ATmega328). Why is AI difficult to run on microcontrollers, what features does the Sipeed’s TinyMaix have, and how can it empower future projects?