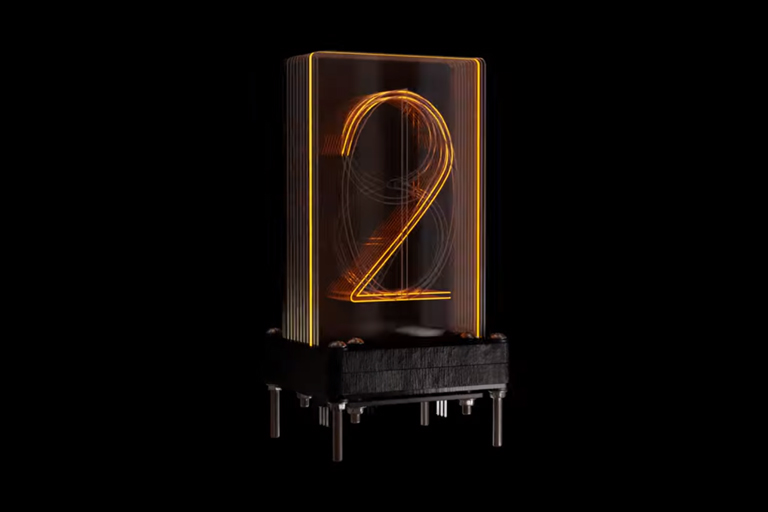 Side Hustle Success—Using Laser Cutting To Build A Viable Business

There are dreamers, and there are doers. Then there are people, such as Connor Nishijima, who are both. What began as a DIY project to find an alternative to making an expensive Nixie clock for himself has turned this hardware engineer’s life in a completely new direction—one that has him calling all the shots.

When we last talked to Connor in April 2018, his Lixie (an LED Nixie clock) was selling so well that he was able to turn it into a full-time business. While he was experiencing great success, this didn’t stop Connor from continuing to refine his design. Fast forward to the end of 2019, and Connor has introduced the Lixie II, a significant upgrade to the original. Here’s a look behind the scenes into this maker’s success story.

Turning Dream Into Side Hustle Into Full-Time Job

To really get an understanding of how the Lixie II came to be, you must roll the clock back to the year 2012 when Connor first learned about single-board computers from a college buddy. “He told me that he had one of the new ‘credit-card-sized computers’ and I had to see it!” Connor explains. “Turns out it was called a Raspberry Pi, and it was less than $40 to purchase. I borrowed his unit while I waited for mine to arrive and immediately looked into how to use it.”

Connor learned that when you hooked up an LED between two of the Pi’s pins and wrote some very specific text into the console, that LED would turn on and off at your command. “I was instantly hooked,” he says. “I’d had prior experience programming for websites, but all of that code stayed behind a computer screen when it ran. This was different. I just used code to take control of an object at the atomic level and there was no going back!”

Adjust your clock again to early 2016. Connor has become fascinated with Nixie tube clocks, which use vintage glass tubes filled with a mix of neon and argon gasses that can show a numeral when powered with high voltage. Unlike their seven-segment counterparts that can be found on stovetops or microwaves, these clocks were warm in hue and typographically beautiful. However, because they were no longer being manufactured, they have become quite expensive, especially for larger tubes.

And that’s the rub. While Connor loved the style and functionality of the Nixie tube clock and wanted to build one of his own, the price point was a deal-breaker.

So he began researching how to make a Nixie-tube-inspired clock, looking for digital projects that he could customize and make his own. Almost a year later in April 2017, Connor had completed prototyping and testing, and he was ready to debut his new product to the world.

This LED Nixie clock—the Lixie—incorporates edge lighting acrylic with a wooden base for a fresh take on modern time telling.

Lixie displays simulate the look of a Nixie tube by stacking 10 panes of clear acrylic (each etched with a numeral 0-9) and lighting them individually from below using LEDs. They’re 4″ tall and can be tied to any electronics project with a microcontroller.

“What you get with a Lixie is a transparent block with a floating number inside, in whatever color you’d like,” Connor explains. “The Lixie digits can be used for clocks, live visitor counters for websites, readouts for things such as CPU temperature, or (if you have 15+ Lixies) a live U.S. National Debt display.”

The original Lixie was such a hit that within just a few short months, Connor was able to quit his day job and begin focusing on building his Lixie business full time. “I had been working a dead-end job at a hardware store, but striking success with a product made with Ponoko materials has allowed me to work full-time on my own since 2017,” Connor says. “I am constantly reminded of how amazing it is to build and sell my own products instead of breaking my back sorting incoming pallets of freight. Without the killer customer service at Ponoko, this neat life might not have happened for me and I might have still been horribly, dangerously depressed. By working with Ponoko, I’ve escaped that other timeline and formed a viable business with my now wife Katie.”

Consider the Nixie tubes that Connor originally fell in love with. They require around 170 Volts to operate (dangerous for children and pets), have sat unused in warehouses for up to six decades (unknown lifespan), require 12 wires for each tube (72 wires for a full clock) and only show numbers in a single color (limited showcasing options).

“Lixies, on the other hand, while admittedly not *quite* as cool as a dangerous, glowing 1950s tube, are much more approachable in comparison,” Connor explains. “They only require 5V to operate (less than your smoke detector), they’re controlled using only three wires no matter how many you have (5V, GND, DATA), can glow in any conceivable color combination, and are actively supported and replaced by my wife and me.”

After 1,000+ original, hand-assembled Lixie displays were sold (1,047 to be exact!), Connor officially retired the original model and released a sequel, the Lixie II.

This new model incorporates a number of changes to not only make the product more useful but also allow them to be sold to a wider audience. The Lixie II now has an 11th pane at the back, which is by default a decimal point, but can be replaced with any 3mm Ponoko acrylic. “It can be engraved with any design the user wants,” Connor says, “allowing someone to create a six-digit clock that shows ‘P O N O K O’ at the top of the hour.” (Wouldn’t that be fun!!)

Additionally, Lixie II reversed the ordering of numerals in each digit, putting “1” at the front, and numerals are now engraved on the back of panes for better visibility.

There’s also an eight-screw mounting setup—four screws for the housing and four screws for general mounting purposes. “This means Lixie II can be fully assembled before mounting to a base without worrying about things falling apart, which was an issue with the previous design,” Connor says.

The update also uses a hot-swappable mounting system that allows the clear panes to be removed and cleaned/replaced individually if necessary.

As a result of the modular panes design, Lixie II has gone topless and now casts even more colorful light into its surroundings. (For those who prefer less illumination, there’s an optional 3D-printed top cap to allow the user to reduce light leakage or keep panes perfectly aligned.)

Even with all the changes, on the inside they’re still the same powerful Lixie displays that hundreds of people have already adopted into their homes or offices, such as these crazy cats from Activision-Blizzard.

Connor uses three Ponoko materials in the Lixie II display design: 1.5mm clear acrylic, 3mm clear acrylic and 6.4mm black melamine-finished MDF. “Ponoko’s clear acrylic was a no-brainer, as it is perfect for the edge-lighting of the individual Lixie panes,” he says. “Any light cast into the side of the acrylic will carry along its length and only disperse when it encounters another edge or an engraved area.”

The 6.4mm Black MDF was chosen not only because it’s monochromatic color never clashes with any colors the LED lights shine to light up the Lixies but also because it has very slight flexibility (because wood is porous) that materials such as acrylic don’t offer. This is an important consideration for the friction-fit mounting slots for the 11 clear panes.

“No other methodology but laser cutting seems to be able to reproduce this kind of display, at least as far as the edge-lit acrylics go,” Connor says. “Injection molded Lixie panes wouldn’t carry light in the same way Ponoko’s engraved cast acrylic does. 3D-printed panes are also a no-go, as their optical properties would just make them into (totally bonkers) diffusers for the light that enters them. I can only make Lixies using laser cutting, and as long as Ponoko is in business, they are EXACTLY who I want for the job!”

For more information on the Lixie II and to order a kit of your own, visit Connor’s Tindie shop.