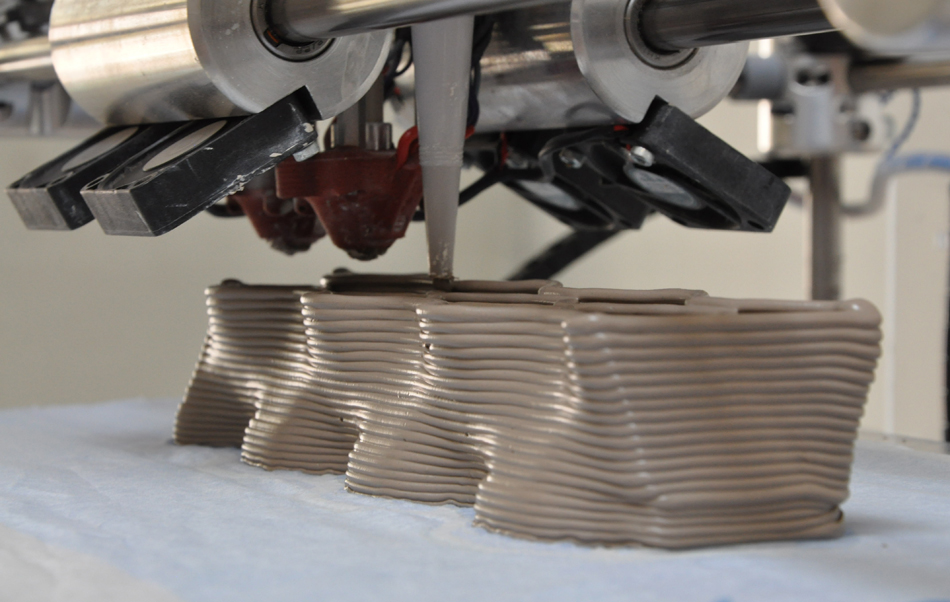 By restricting the project to desktop-scale 3D printing and inexpensive materials, the result is a system that should be accessible to people around the world. At present, the printer is only capable of making about four bricks per hour, so it won’t be replacing traditional construction just yet.

However, like regular plastic 3D printing (which also isn’t going to replace traditional manufacturing), Building Bytes is more likely to expand the amount and type of creation that is possible or practical. The initial wave of design resulted in these four brick types: This video shows the printing process: