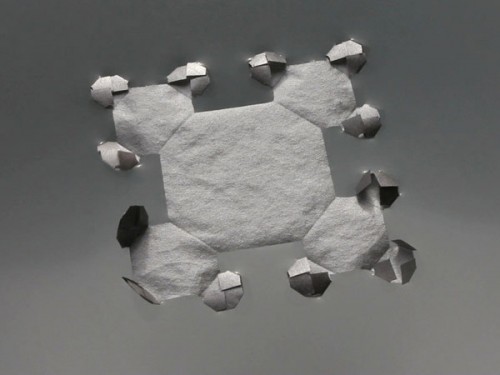 The versatility of paper makes it an interesting material to work with, and origami artisans have long been dazzling us with their fancy folded forms.

With origami, it’s usually all about the folding… but in the following video from Etienne Cliquet, the unfolding is where the magic happens.

“Flotilla is a video of micro-origamis (2 or 3 centimeters long) which are opening slowly onto the surface of the water by capillarity.”

So, not only have you now added the word capillarity to your vocabulary; through Etienne’s explorations we are shown yet another example of how, in the right hands, good old paper still has the power to make us stop and say… wow.